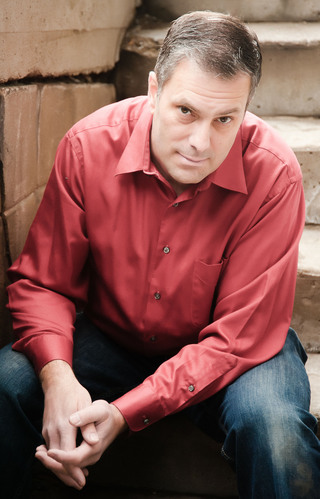 David Abrams’ debut novel about the Iraq War, Fobbit, was named a New York Times Notable Book of 2012 and a Best Book of 2012 by Paste Magazine, St. Louis Post-Dispatch and Barnes and Noble. It was also featured as part of B&N's Discover Great New Writers program. One of his short stories, "Roll Call," was included in the anthology Fire and Forget (Da Capo Press, 2013). His short stories have been nominated for the Pushcart Prize and have appeared in Esquire, Narrative, Electric Literature, Consequence, Salamander, The Literarian, Connecticut Review, The Greensboro Review, Five Chapters, The Missouri Review, and many other places. His work has also appeared in the New York Times and Salon. He regularly blogs about the literary life at The Quivering Pen

Abrams retired in 2008 after a 20-year career in the active-duty Army as a journalist. He was named the Department of Defense's Military Journalist of the Year in 1994 and received several other military commendations throughout his career. His tours of duty took him to Thailand, Japan, Africa, Alaska, Texas, Georgia and The Pentagon. In 2005, he joined the 3rd Infantry Division and deployed to Baghdad in support of Operation Iraqi Freedom. The journal he kept during that year formed the blueprint for the novel which would later become known as Fobbit.

If you'd like David Abrams to speak to your book club or other organization via Skype or conference call, contact him here.

For bookstore appearances, festivals or other speaking engagements regarding Fobbit, please contact Deb Seager at Grove/Atlantic.

Iraq and Back Again: a Fobbit's Tale (Aurora Magazine)

When the War Came For Me (essay at Salon)

Reading "Catch-22" on the way to Iraq: Author David Abrams at Auntie's Bookstore in Spokane, WA

"A Distant War" in the New York Times

Caroline Leavitt interviews David about Fobbit, screwball comedy, and getting paid to read the Bible

Listen to David on "Conversations on the Coast"

Interview at The Rumpus

When We Fell In Love at Three Guys One Book: David Abrams on John Updike's "Rabbit, Run"

"The Birth of Fobbit, and Other Happy Accidents in a War Zone" at 1st Books

"Late Bloomer: Taking As Long As It Takes" at The Millions

Interview at The Barnes and Noble Review